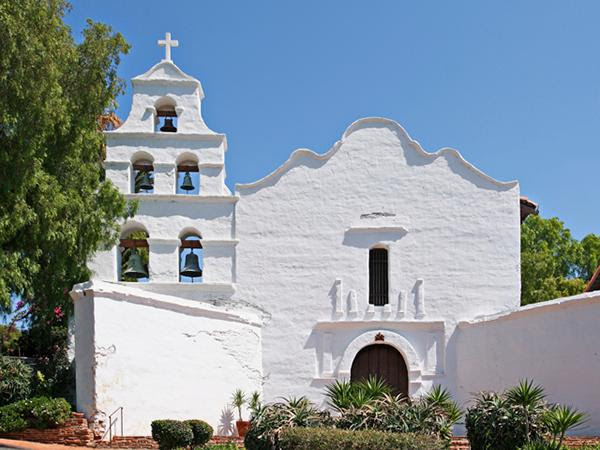 CMF Members, historians, docents and others who appreciate the California Missions and work to study and preserve them gathered recently in San Diego for the 36th Annual California Missions Conference. From the U.S. and abroad, attendees of the three day annual conference were treated to historic tours, strong scholar lectures, great food including Paella, traditional entertainment, and a memorable awards banquet which served as a platform to honor individuals who have contributed so much to the California Missions in the areas of preservation, interpretation and research.

The Presidents Day weekend event, which has rotated annually throughout California since 1984, continues with its same trademark format: tours, lectures, and networking. The gathering kicked off on Friday as a lead event for San Diego's 250th commemoration of the founding of the Alta California chain of missions and presidios. Tours of the original site of Mission San Diego de Alcalá at today's Presidio Hill showed the attendees the location of the very first Alta California mission. A CMF Docents Workshop brought together docents from throughout the state as they shared ideas and strategies as important ambassadors in telling he California missions story. That Friday afternoon, activities shifted to the current location of Mission San Diego further east in Mission Valley. There, an afternoon tour revealed a behind the scenes perspective of this historic mission celebrating its jubilee in 2019. The evening activities included local native Kumeyaay Bird Singers, traditional early California music and dance performed by Los californios, and an opening night keynote address by San Diego's highly-esteemed historian on Spanish California, Dr. Iris Engstrand.

Saturday the annual scholar presentations were held on the campus of the University of San Diego with the latest in a/v technology providing a quality backdrop for some of the leading presenters and researchers of a wide variety of aspects of the California Mission and Presidio story. Please click here for a complete list of Presenters and Topics

Each year, the California Missions Awards Banquet presented by CMF on the Saturday night of the conference weekend allows for a memorable evening as the prestigious CMF awards are handed out. Sunday, the final day of the three day conference, focused on tours of the San Diego Maritime Museum (home to the reconstructed replica of the historic San Salvador), Asistencias Santa Ysabel and San Antonio de Pala, Mission San Luis Rey and the Blas Aguilar Adobe in San Juan Capistrano.

The entire CMF family would like to thank everyone who hosted, attended or presented at the 2019 CMF California Missions Conference.