From San Diego to Sonoma, 21 missions create a unique trail of history across California. The red wax seals on the map bear the brands used by each of the California missions. Click here to see a video tour of each of the California Missions. To learn more about an individual mission and its history click on the name of the mission in the list of missions.

Learn About the Missions 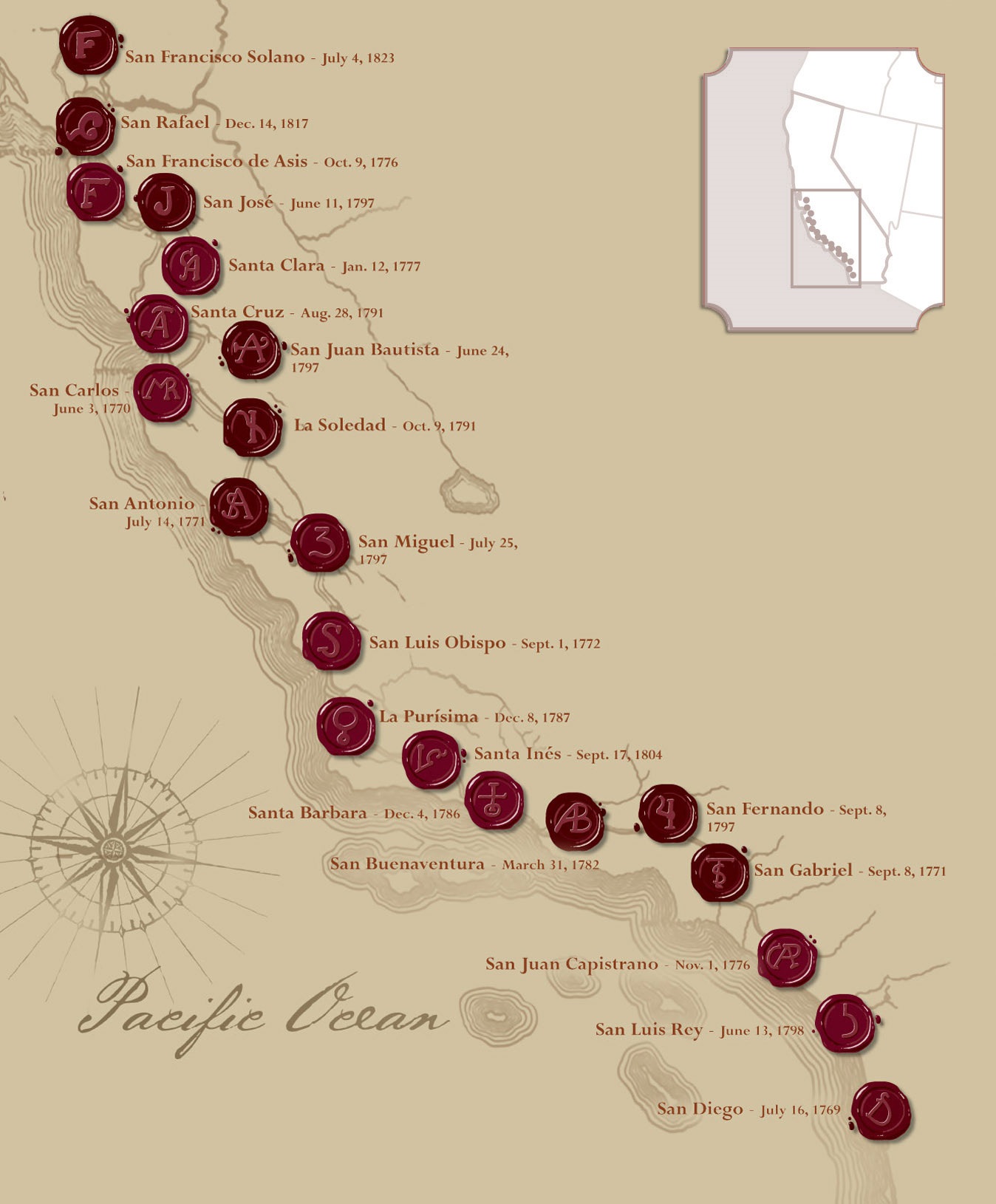 Stretching from San Diego to Sonoma, the 21 missions of Alta California are storied reminders of California and our nation's past. Few regions of the world have such a physical, visual timeline of a nation's growth and development.

In 1769, under order of the Spanish king, sea and land expeditions departed Mexico for California, meeting in San Diego where the first fort and mission were established to serve as frontier outposts. The King sent military troops and Franciscan missionaries to the new land to colonize the territory and convert its Indian inhabitants to Christianity.

Over 54 years, four forts, or presidios, and twenty-one missions were founded along the California coast. Some of these sites eventually evolved into the state's major cities, including San Diego, Santa Barbara, San Jose and San Francisco.

Founding of the California missions began seven years before the American Declaration of Independence was signed in 1776, and ended 25 years before gold was discovered at Sutter's Mill in 1848. Mission expansion came to an end in 1823, when mission bells rang in Sonoma.

The California Missions Foundation was created in 1998 as the only organization dedicated to restoring and protecting all 21 mission structures and their contents, with the goal of preserving California's rich history.