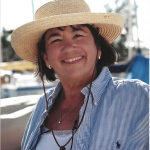 Martha Ann Francisca Vallejo McGettigan is an independent California historian. She is descended from four Spanish soldiers who served in California from 1779-1783, Maria Feliciana Arballo Gutierrez Lopez, who came to California with Anza and is the great great granddaughter of General M.G. Vallejo and Doña Francisca Carrillo Vallejo. She lectures on Native American and Californios with emphasis on the Suysun Tribe, the Vallejo Family, and the women of early California. She has presented papers for the California Indian Conference, The California Mission Studies Association, Daughters of the American Revolution, Anza Society, San Francisco Presidio Historical Society and California State Parks.

She produced a CD of a Las Posadas using historic and original California Mission music. Martha was a master Teacher and Presenter for the NEH “Fourteenth Colony Workshop,” and a participant, researcher, and artifact restorer for the San Francisco Presidio Heritage Gallery.  Martha is a recipient of a Visiting Scholar Fellowship at the Autry Institute for the Study of the American West. She received The History Award Medal from the National Society Daughters of the American Revolution for her work in California history.

Theresa Brunner’s devotion to Mission San Rafael Arcangel reflects her family’s legacy at the Mission, which now spans five generations. Having established herself as an art historian and educator, Theresa assumed the duties of San Rafael’s curator in 2005. Her many projects have ranged from overseeing the preservation of Saint Junípero Serra’s vestments to coordinating the restoration of Indian baskets at UC Berkeley.

Theresa has also provided invaluable service to the Mission Studies community. She has orchestrated lecture series, special celebrations and exhibits for Mission San Rafael, both at the Church and at outside venues, such as the Marin County Civic Center. She has provided perennial support in organizing California Mission Studies Association’s events. Theresa was the principle organizer for CMSA’s very successful conference at Mission San Rafael in 2012. Theresa’s most recent accomplishment as a volunteer curator was organizing the 200th anniversary celebration of the founding of Mission San Rafael Arcangel. 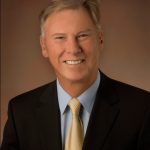 Mr. Milford Wayne Donaldson, FAIA, was appointed by President Barack Obama as Chairman of the Advisory Council on Historic Preservation in 2010. He was formerly the California State Historic Preservation Officer serving two Governors from 2004-2012. He received his Bachelor of Architecture from California Polytechnic University, Master of Science in Architecture from the University of Strathclyde, Scotland and has received his Masters in Public History and Teaching from the University of San Diego.

Donaldson is a former Chair of the State Historical Building Safety Board, past Chairman of the State Historical Resources Commission, past executive board member of the California Missions Studies Association and past president of the California Preservation Foundation. He is an architect of innovative design, contractor, and author and has received several awards in preservation architecture including the National AIA Historic Resources Committee Fellow, the California Council, American Institute of Architects Award of Excellence and the Historic Preservation Award, and was elected to the AIA College of Fellows in 1992. Architect Milford Wayne Donaldson, FAIA celebrates its 39th year practice in California, Arizona, and Nevada.

Long-time CMSA member, supporter, and former CMSA President, and current CMF Executive Director and CEO, David A. Bolton, who has worked tirelessly for the study, preservation, and interpretation of Mission era sites in California, Mexico, and beyond and whose leadership has helped to unify CMF and CMSA as one, strong organization is the recipient of the 2016 Edna Kimbro Award.

He has spent the past 20 years studying and documenting many features of the vast Mission Trails of the Americas. He has produced four documentaries, including the first hour-long summary of the California missions, Inside the California Missions, as well as works on North America's Mission Trails, Junípero Serra: His Life, his Legacy and the Missions, and Inside Mission Santa Barbara. He has filmed most of the missions of the Americas from the vast Jesuit chain in South America, to mission regions in the current U.S. Southwest, and much of Mexico. He has focused the past ten years studying closely the former Jesuit missions of Sinaloa, Mexico and continues to investigate and uncover their importance on later mission expansion into Arizona (Sonora), New Mexico, and las Californias. He is the current Executive Director and CEO of the California Missions Foundation.

Janet Bartel, former CMSA board treasurer and a 27-year volunteer historian at Mission San Diego de Alcalá, is the 2013 recipient of CMSA’s distinguished Edna Kimbro Award.
Janet Bartel began her mission “career” in 1984 realizing a need that led to the establishment of a Docent Program at Mission San Diego and, simultaneously, an Old Mission Historical Society. Understanding the importance of documented history, she subsequently spearheaded the establishment of a library/archives as well as a website at the mission, and in the process, became its media liaison and spokesperson. It was this passion for 'everything mission' that led Janet to CMSA. She has been an active CMSA member for more than ten years.

Janet’s six years as a CMSA Board Member included four years as Treasurer. In 2006, Janet Chaired the successful CMSA Conference in San Diego. She currently serves as CMSA Membership Chairperson as well as a Board Member of the California Missions Foundation and its Public Relations Committee Chair.

William Louis Fairbanks II was born in San Francisco in 1937. When he was in the third grade his family moved to the family farm in Bennett Valley outside of Santa Rosa where Bill attended a one room school. He completed his undergraduate education at Santa Rosa Jr. College and San Jose State University, where he earned Bachelors and Masters of Arts degrees in Social Science. Dr. Fairbanks began his career teaching U.S. History at Yuba City High School in 1962 and Anthropology and Sociology on a part time basis at Yuba College in 1964. In 1966, he began his long career as a professor of Anthropology and Sociology at Cuesta College in San Luis Obispo. While teaching and raising a young family with his wife Carole, Dr. Fairbanks commuted from Los Osos to the University of California at Santa Barbara, where he completed a P.h.D. in Anthropology in 1975, his focus was cultural change among California Indians as a result of European contact. He spent 41 years teaching at Cuesta, during which time he mentored countless students and colleagues.

Dr. Fairbanks has demonstrated a strong commitment to CMSA. He began attending CMSA conferences in the early 1990s and soon began taking students and colleagues to the annual meetings. Dr. Fairbanks served as a board member of CMSA from 2000 to 2004, as the CMSA President from 2005-2006, and Immediate Past President in 2007. Dr. Fairbanks hosted the CMSA conference in San Luis Obispo in 2004 and co-chaired the local arrangements committee for the 2011 conference at Mission San Miguel.

Beyond Dr. Fairbanks's direct contributions to CMSA, he has introduced many students and fellow teachers to the organization. Over a decade and a half period, he brought dozens of students to CMSA conferences and events. Some of the current and former members of the Board and CMSA officers got involved with the organization through Dr. Fairbanks' efforts.

Currently Dr. Fairbanks is challenging himself as he enters retirement by walking across the United States west to east and studying it from an anthropological perspective as he goes. Before breaking for the winter he reached Paris, Kentucky.

Dr. Fairbanks, through both his direct participation and his activities in connecting students and colleagues to CMSA has, in the spirit of Edna Kimbro, helped "shape [CMSA] into the vital, diverse organization it is today" and is highly deserving of the Edna E. Kimbro Award. – Ty Smith

Helen Nelson has been employed at San Gabriel Mission for over 43 years. After the 1987 Earthquake, she was appointed Restoration Director. She organized a committee and raised over 11 million dollars to restore, and seismic strengthen the Mission Church, Adobe House, Bell Tower, Museum, and other buildings in the Mission complex. She was also the Grant Writer and monitored all construction projects until the completion in 1999.

Cal Poly professor Craig Russell received his bachelor’s and master’s degrees in guitar and lute performance at the University of New Mexico under the guidance of Héctor A. García. After completing his Ph.D. in historical musicology at the University of North Carolina at Chapel Hill in 1982, he obtained a position at Cal Poly where he is presently a professor of music.

In April, 2007, he was one of four faculty members in California to be awarded the prestigious CSU Wang Family Excellence Award. He was one of two recipients in 1994-95 who were chosen from the 22 California State University campuses to receive the California State University Trustees’ Outstanding Professor Award—CSU’s highest honor. He was the sole professor selected as the 1994-95 recipient of the Outstanding Professor Award at Cal Poly.

Dr. Russell is steeped in the music of Spain and the Hispano-American world; he speaks often at international conferences and conventions in North America, Mexico, Spain, France, Venezuela, Bolivia, and Austria and has published over seventy articles on eighteenth-century Hispanic studies, Mexican Cathedral music, the California Missions, baroque guitar music, the Beatles, and American popular culture. Some of Russell’s most important research has been published by Oxford University Press, Cambridge University Press, the University of Illinois Press, Harmonie Park Press, Macmillan, and Prentice-Hall—in addition, he authored 26 entries for the newest edition of The New Grove Dictionary and 30 for the Diccionario de la Música Española e Hispanoamericana.

In July of 2009, Oxford University Press released his newest book, From Serra to Sancho: Music and Pageantry in the California Missions.

He has collaborated with Chanticleer on four compact disks including: Mexican Baroque that garnered a Gramophone nomination; the world premiere recording of Ignacio de Jerusalem’s Matins for the Virgin of Guadalupe; and Our American Journey (that was nominated for a Grammy). In August of 2008 he, their fourth joint project, The Mission Road, was released on Warner Records; this CD and companion DVD are devoted to works from the California missions. Russell co- founded and directs the ensemble Ramo de Flores whose first compact disc, Mexican Roses, is scheduled to be released in the fall of 2012. He has received major grants from the NEH (3), the Fulbright Commission, Spain’s Ministry of Culture, the Program for Cultural Cooperation, the California Council for the Humanities, the Edmund Cabot Memorial Fund, and Meet-the- Composer Grants.

His compositions have been widely performed in Spain, Poland, Australia, and the USA, including major concerts dedicated to his compositions in Carnegie Hall, the Kennedy Center, and the Sydney Opera House. His Rhapsody for Horn, recorded by the San Luis Obispo Symphony has been released on the Naxos label to rave reviews. On June 8, 2008, the SLO Symphony performed an all-Russell concert in Disney Hall in Los Angeles, where they performed Ecos armónicos for violin and orchestra, his guitar concerto Concierto Romántico, and his Rhapsody for Horn and Orchestra. Recently, on May 7, 2011, the San Luis Obispo Symphony and Youth Symphony premiered his grand-scale Celebrations! on the occasion of their 50th anniversary.