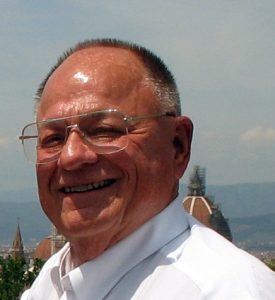 Dan Krieger is Professor of History Emeritus at Cal Poly State University, San Luis Obispo. Since 1984, he has written a history column for the San Luis Obispo County Tribune (McClatchy). He has chaired the Historic Resources Committee at Mission San Luis Obispo and created the first Docent Education Program at that Mission in 1987. He is a past President of the California Mission Studies Association. 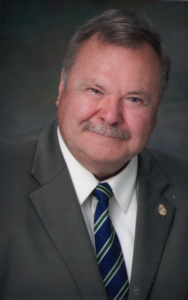 Robert L. Hoover received his B.A., M.A., and Ph.D. degrees in anthropology from the University of California, Berkeley, with a specialty in California archaeology. He has taught at Stanford University and was a professor at California Polytechnic State University from 1970 until his retirement in 1998. Since 1976, he has specialized in Spanish colonial archaeology, serving continuously as director of the Archaeological Field school at Mission San Antonio for over 30 years and training over 500 students. Dr. Hoover has also excavated at Missions Santa Inés, La Purísima, Santa Barbara, San Miguel, San Luis Obispo, and for nine years at the Presidio of Santa Barbara. He is a recipient of the Award of distinction from the California Council for the Promotion of History and has received the Norman Neuerburg and Fermin Lasuen Awards from the California Mission Studies Association.

Dr. Hoover was a member of the State Historical Resources Commission for 18 years, from 1984-2002, serving three administrations. During that time, he was instrumental in implementing the California Register of Historic Resources through the Office of Administrative Law and establishing an additional Archaeological Information Center in Humboldt and Del Norte Counties operated by the Yurok tribe. He is Past President of the California Mission Studies Association and the Santa Barbara Trust for Historic Preservation and has published on prehistoric and historic archaeology of California in English, German, Spanish, and Portuguese. Hoover has completed nearly 1,000 projects for Federal, State, and local governments and for private entities. He has served as a member of numerous other local, state, national, and international organizations, including being elected a Fellow of the Royal Anthropological Institute of Great Britain and Ireland, the board of the Santa Barbara Mission Archive-Library, and the California Mission Foundation.