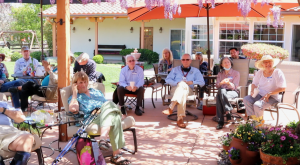 By the 1980’s more than sixty docents were giving tours of the County Museum and historic Mission Plaza. A new generation of docent’s ably led by Hank Praeger, Connie Pillsbury, Dona Young, Angie Bertrand, Roger Power and many others are taking the large and enthusiastic docent group into 2022, marking the 250th anniversary of Mission San Luis Obispo.

The Docent Society at Mission San Luis Obispo has been leading tours at the mission for decades. Their dedication to hospitality, history and education is to be commended as are their many hours of volunteer service. 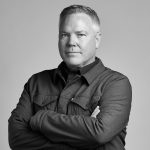 Robert Powers is a media designer and consultant based on the central coast of California.  Robert regularly assists the California Missions Foundation with their various media projects, including the Boletin, website, and Correo newsletter.

Recently-retired Dr. Jarrell C. Jackman, a leading force during a stellar 35-year career in rebuilding the Royal Presidio of Santa Barbara into the best example of a Spanish American colonial fort, is a recipient of a 2016 CMF Chairman's Award.

Dr. Jackman earned a B.A degree in German at UCLA, an MA in American Studies at CSU Los Angeles and a PhD in history at UCSB. He wrote his dissertation in Germany as a German Academic Exchange Fellow and taught for the University of Maryland European Division for three years. He coedited The Muses Flee Hitler, a series of papers delivered at and published by the Smithsonian Institution. He authored Santa Barbara: Historical Themes and Images, and a biography of Presidio Comandante Felipe Goicoechea.

He is currently researching two projects, The Price of Genius: Norman Neuerburg and the Creation of the Getty Villa and Thomas Mann: Thinking about God and Germany in Los Angeles. He served as CEO since 1987 of the Santa Barbara Trust for Historic Preservation which operates El Presidio de Santa Barbara, a California State Parks, and the Santa Ines Mission Mills.

Pioneer-family descendant and Bay Area attorney Philip Hudner, whose vision, passion and interest in bettering Mission San Juan Bautista has led to the successful implementation of several meaningful preservation projects, is a recipient of a 2016 CMF Chairman's Award.

A San Francisco lawyer specializing in trusts and estates, Mr. Hudner also manages farm and ranch properties in San Benito County, where his family has been engaged in agriculture and the legal profession since their arrival in San Juan Bautista in 1847. In 1849, his great, great grandfather Patrick Breen, a survivor of the Donner Party, bought General Castro's adobe on the plaza across from Mission San Juan Bautista. The adobe stayed in the Breen family until 1933 when its acquisition by the State of California began the San Juan Bautista State Historic Park. Through Mr. Hudner's role as President of the Louise M. Davies Foundation and the Charles D. and Frances K. Field Fund, more than $750,000 has generously been donated to Mission San Juan Bautista preservation work.