CALL FOR PAPERS FOR 2021 CONFERENCE

"Destruction and Renewal: the Resilience of the California Missions." 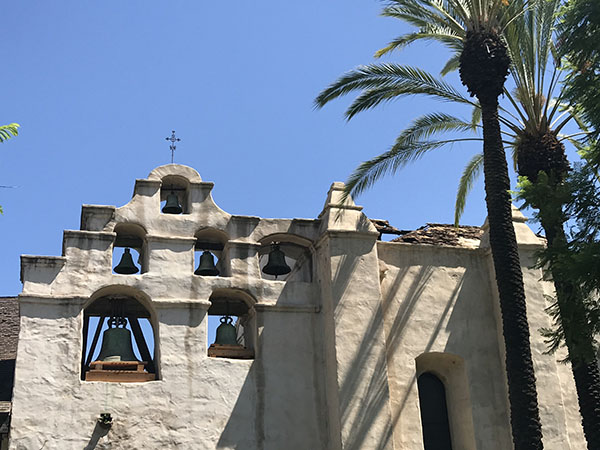 The year of 2020 has put our state through a major test of resilience. Who can forget the parish of San Gabriel Mission and the terrible fire that devastated its church on the eve of its 250th anniversary? And looking back over the past two and a half centuries of history, it is hard to think of any of the 21 missions that escaped some sort of catastrophe -- be it fire, flood, earthquake or epidemic disease. With this in mind, we have decided to appropriately recognize the various cataclysms in the theme for 2021 California Missions Foundation conference: "Destruction and Renewal: the Resilience of the California Missions."

The persistence of each of the mission communities in pulling together, rebuilding what had been destroyed and moving on in their lives is as true in modern times  which witnessed earthquake damage at Mission San Miguel in December of 2003 -- as it was in the disastrous year of 1812, in which missions from San Juan Capistrano to La Purisíma Concepción suffered various levels of destruction. The pain and suffering wrought by COVID-19 had its counterpart in the horrible measles epidemic of 1806. Fire destroyed missions such as San Diego (1775), San Luis Obispo (1776), and Santa Inés (1824). Each time, the people met the challenge of rebuilding what was lost.

In recent years, the California Missions Foundation has taken on the task of seeking funding from a variety of sources, ranging from generous donors to programs like Save America's Treasures, providing much-needed aid and assistance to preserve these iconic structures. Going well beyond major disaster recovery, CMF has provided support for more specialized projects such as the conservation of old paintings and statues that were an integral part of the furnishing of the individual churches.

Since 1984, the CMF and its predecessor, the California Missions Studies Association, have organized an annual conference to highlight the history of California before the Gold Rush and shed light on the combined heritage of the California Indians and the immigrant Spanish and Mexicans who entered into a long-time relationship. This interaction was not always peaceable and many Indians suffered during that time, leaving resentments that are still alive today. Many of its activities are directed toward the preservation of the built environment, but CMF endeavors to recognize all of the men, women and children who lived at the missions, presidios, pueblos and ranchos of late 18th and early 19th century California and to tell their stories.

Renewal takes many forms: from the architects and engineers rebuilding structures damaged by disaster or neglect to the findings of archaeologists and historians seeking out the forgotten or hidden stories of this period right to the docents who put in many volunteer hours to educate the public about the people and objects that make up an important part of two and a half centuries of California history. Just as there have been innumerable occurrences of damage in the past, the image of the phoenix rising from its ashes is an apt metaphor for the resilience of those who feel a close association with the remarkable historical legacy the missions of California represent.

Please send an 100-150 word abstract to conference@californiamissionsfoundation.org by Jan. 18, 2021.