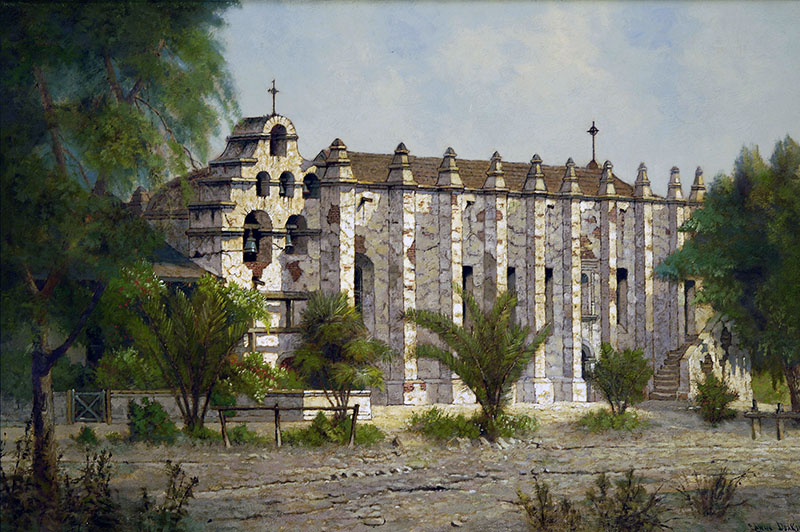 Mission San Gabriel was founded fourth in the chain on September 8, 1771, by Father Serra, near what would become the sprawling metropolis of Los Angeles. Named for the Arcángel Gabriel, the mission stands as a reminder of how earthquakes can affect the California missions. A powerful tremor in 1987 prompted a major restoration effort to reinforce the entire mission church. Earthquakes in 1804 and 1812 also damaged the mission complex.

Architecturally, San Gabriel is distinct among the California missions. Father Antonio Cruzado, the designer, was born in Cordova, Spain. His Moorish style is unique, and draws directly from the famous cathedral of Cordova, where the side walls feature capped buttresses. Cruzado and his associates finished construction of the church in 1805, using adobe brick and a tiled roof like that of Mission San Antonio. At its peak, the mission reached nearly 300 feet in length.

The cemetery at San Gabriel is the oldest in Los Angeles County. The walls were rebuilt in 1940 using the original foundations, and this crucifix is a memorial to the 6,000 Indians buried here. An active Roman Catholic Church, weddings and other religious services continue to take place at Mission San Gabriel, as they did in the early days of California history.

Directions to the Mission
From I-10: Exit at New Avenue. Proceed north to Mission Drive and turn right.